We spent 5 days in Sozopol, one of our planned breaks from the van. We rented an apartment with great views of the Black Sea for a very reasonable price. Prices in Bulgaria are great.

We did have quite an adventure in old town of Sozopol. We were looking for the laundry service, made a wrong turn and ended up in the center of old town. We were stuck, didn't known how to get out and all roads were blocked with cars. With the help of a store merchant giving us some direction, then continued help along the way, we did make it. The streets are so narrow I don't know how the van fit. 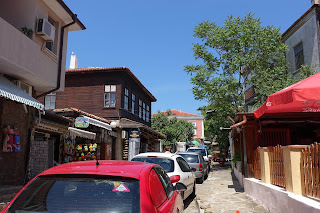 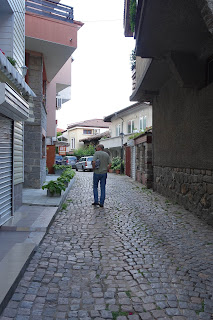 We walked the streets later. I have no idea how we found our way out. 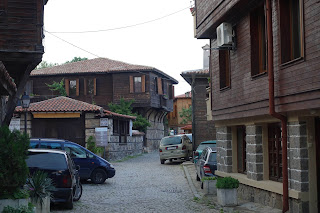 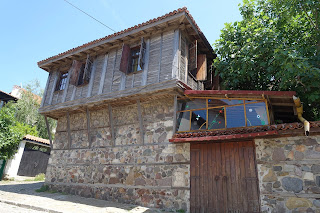 Houses in old town appear to have been built over time with found materials. 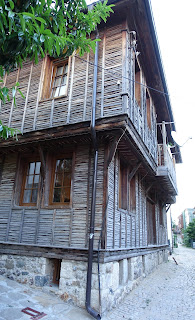 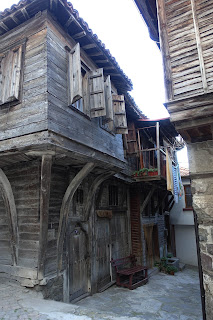 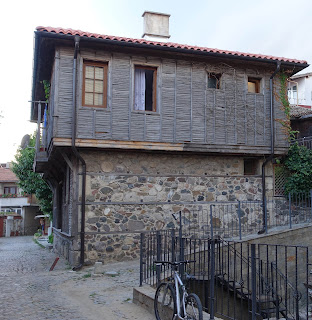 The corner markets are everywhere. The produce is really good. 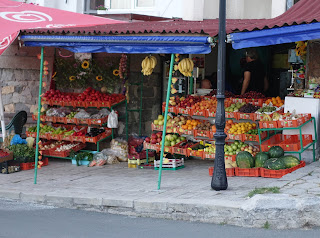 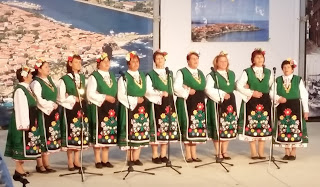 They were having an awards ceremony with performances by the winning group. 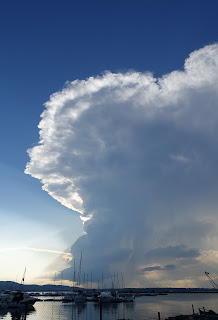 A thunder and lightening storm blew in during dinner.

The rain came down and emptied the streets. 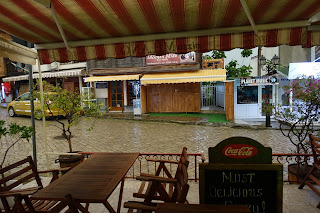 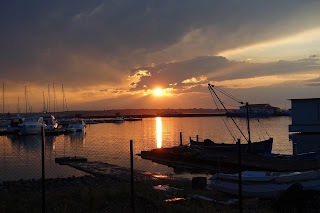 Then the sun came back out for a beautiful sunset.

The new area of Sozopol. 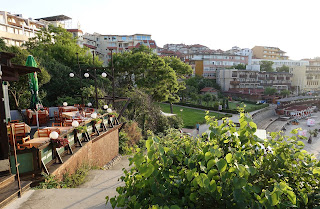 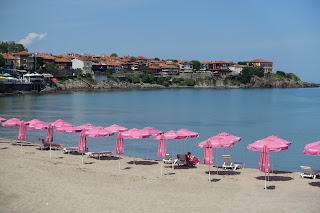 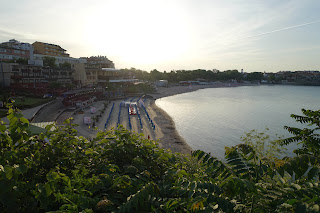 There are coffee vending machines everywhere. 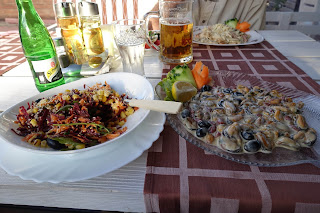 Dinner. As always the portions are large, but the food good and cheap. We went out every night we were in Sozopol. 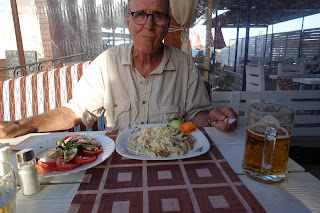 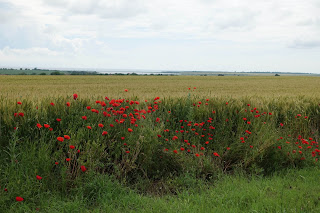 Large fields of wheat every direction you see.

The lavender was fragrant. 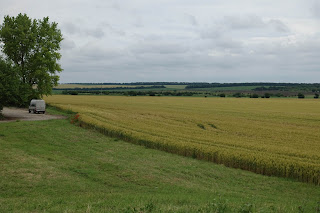 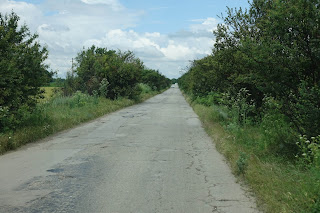 The road to Romania. The first boarder we tried to cross was temporarily closed because their computers were down. They had been down since 3:00 PM the previous day and they had no idea when they would be fixed. We decided to try the next boarder crossing point. It was a beautiful drive on country roads. Good choice!
Posted by Patti Rhode at 4:03 AM